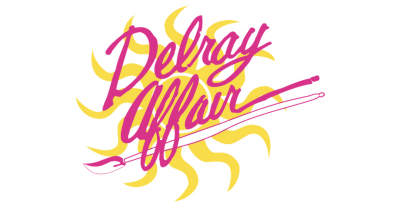 In 2022, the Greater Delray Beach Chamber of Commerce will be celebrating the 60th year of the Delray Affair. Nicknamed the “Greatest Show under the Delray Sun”, the Delray Affair is one of the largest arts & craft festival in the Southeast United States. From April 8th through April 10th, the Downtown is alive during the day with an eclectic mixture of fine art, great crafts, and funky products from around the world.

TO STAY UP TO DATE ON NEWS & INFORMATION ABOUT THE 60TH ANNUAL DELRAY AFFAIR.